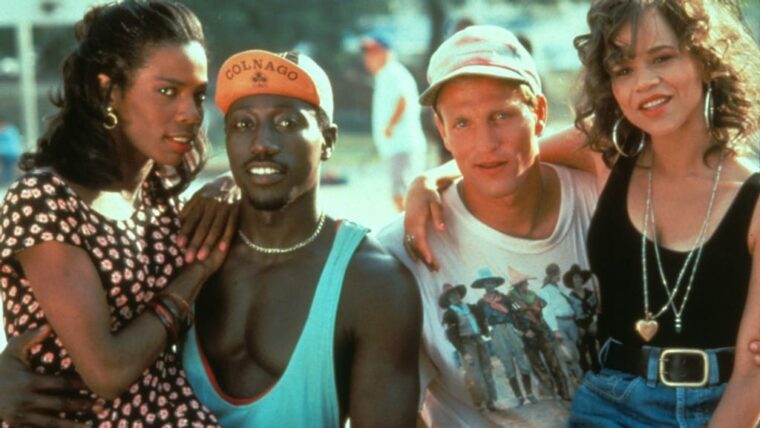 White Men Can’t Jump is a hood classic that stars Woody Harrelson and Wesley Snipes. The sports-comedy was written and directed by Ron Shelton and released in 1992 by 20th Century Fox.

In the movie Wesley Snipes, who plays the role of Sidney “Syd” Deane, is a Los Angeles basketball street hustler. He eventually clashes on the court with Billy Hoyle, played by Woody Harrelson, who is also a streetball hustler and things get interesting. In the end the two eventually join forces to win money in a major L.A. streetball tournament. However, from the time they meet, leading up to the basketball tournament, hardships on both sides seem to cause each of the hustlers to develop a different level of respect for each other. 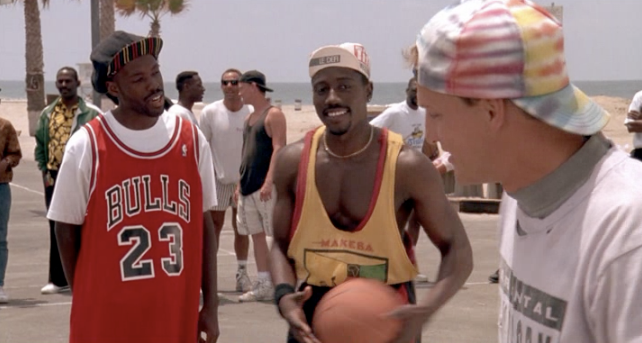 During one of the many scenes in the movie where the two are seen aggressively mocking each other, a bet is made. Syd proudly tells Billy that “white men can’t jump”. Not only does Billy strongly disagree, but bets his portion of the $5,000 prize money to prove that he can dunk himself. He fails, as Syd predicted, and loses his winnings. The friendship begins when Syd decides to help Billy get his girlfriend Gloria back, played by Rosie Perez, who eventually leaves Billy after finding out about the bet and her boyfriend’s loss.

The ordeal leads to the partnership in the major streetball tournament where the two win and Billy eventually dunks, proving Sidney claim that “white men can’t jump” to be false.

How well do you know the cast of White Men Can’t Jump? Although you may know a few of the cast members, please know that this story is full of some very interesting characters. Check out the list below, courtesy of Wikipedia.

Although considered a comedy, White Men Can’t Jump is the type of movie that tears down racial boundaries. It’s a fun and entertaining movie that gives a lesson on relationships and speaks on the ridiculousness of many stereotypes that plague both black and white communities. 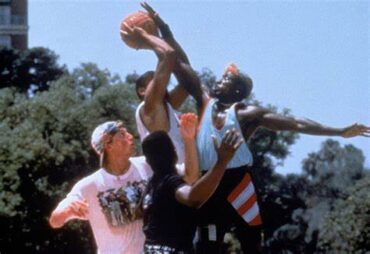 All of the tees in our Original Film Collection are only available for a limited time. Get a White Men Can’t Jump shirt today! – CLICK HERE