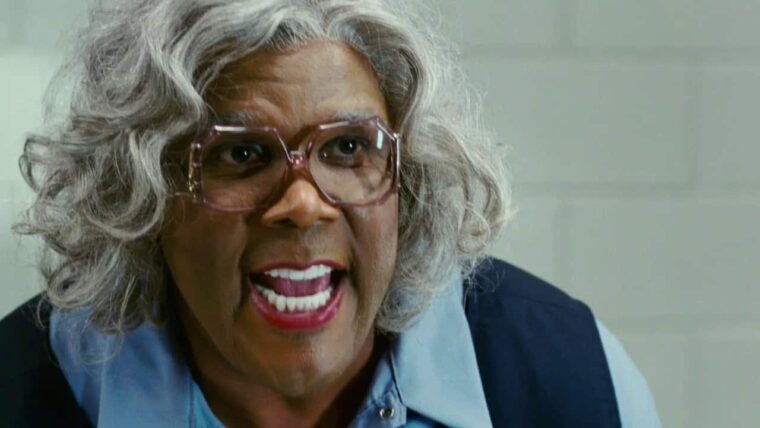 Madea Go to Jail is undoubtingly a classic hood comedy. Of course the title of the movie is Madea Goes to Jail, but if you’ve ever seen this film you’ll know why this title fits. LOL. This film being called a classic is no surprise because Tyler Perry’s Madea is an iconic series, to say the least. The way Perry played the character of Madea has not only earned him praise but has also made him a millionaire. Despite severe criticism, the franchise has earned millions and far surpassed its production budgets.

Madea, played by Tyler Perry himself, has anger management issues. The movie starts with a car chase in which police pull her over and arrest her. The officer does not Mirandize her, and she evades jail term using this legal loophole. However, the judge sends her to an anger management course.

When she returns home, she finds out that her brother Joe has thrown a party. She is offended, but he tells her that he has arranged it to cheer her up. However, she is still not amused and chases the guests away with a machine gun.

She gets in touch with Doctor Phil McGraw to start her course in anger management but refuses to cooperate, leaving the course dead at the start. She asks Cora to come with her and do groceries. Cora refuses to leave the salon anytime soon, which angers Madea, and she decides to do groceries herself.

Joe predicts Madea going to the grocery store like this isn’t safe, as she has anger issues, but she does not listen and proceeds with her visit. Things turn nasty when a woman occupies the parking space Madea is about to use and acts snobbish in return.

Her behavior infuriates, Madea who brings a forklift truck, removes her car from the parking space, and damages it in doing so. The car owner calls the police, and Madea is arrested again. This time, judge Greg Mathis gives her a jail sentence of five to ten years.

On the other side, Joshua Hardaway is prosecuting a prostitute named Candace “Candy” Washington. He is stepping the ladder of career success fast, assisted by his fiancée, Linda Davis. He asks Linda to fill in on his behalf, takes Candace out for a meal, and gives her his business card if she needs any help.

Linda finds out and thinks Joshua is cheating on her with Candace. She is furious and asks him to kick Candace out of his life for good. However, Joshua assures her that there is nothing like she thinks, and he is just trying to help someone in distress. Linda does not listen and says he should hang out with people of his social class, not those below him.

Joshua helps Candace and rescues her from a pimp who harasses her, regardless of what Linda says. Later, one day, he finds Candace strung out on his front door and brings her in to spend a night at his residence.

Linda again asks Joshua to leave Candace, or she’d leave him. Candace meets Linda and understands her well. She gets to Joshua and tells him that things can never work out between Linda and him since they have too many differences.

Joshua later gets in touch with Ellen, who is a minister, a former prostitute, and helps women get off roads. She arranges a job interview for Candace, but the interviewer harasses her, and she storms out after kicking him in the groin. 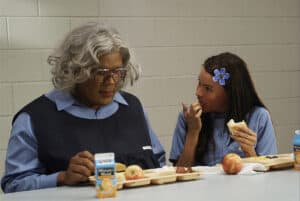 Ellen asks Joshua how he knows Candace, and he reveals they were schoolmates where students used to bully her constantly owing to her background. He tells her about a haunting incident when he took her to a party.

He ends up going on a date, leaving her behind alone, where his friends gang rape her. Since then, he has always felt guilty of not protecting her and is trying to make up for that now. However, Ellen tells him that it is not his fault and that Candace had troubles before him.

Chuck, who works at the district attorney’s office, finds out Linda is falsifying records to send Candace to jail. He discovers that it is not the first time she is engaging in such illicit activity, and she has done that in Madea’s case too.

Chuck confronts Linda with this information, but she threatens to inform their boss that he cheated on his bar’s exams to get his law license. Chuck stays silent because of possible repercussions, and the judge gives Candace a seventeen-year sentence.

Candace goes to jail, where Madea befriends her and Candace’s prostitute friend, Donna. They attend a class on forgiveness given by Ellen for reducing their jail time. Madea learns that many inmates are playing victims when they should not. They should forgive the people who wronged them to let go of the burden in their souls.

Candace embodies the lesson, and during a meeting with Joshua, she tells him that when she was raped, she kept calling his name, but he did not come to his rescue. She tells him that after that night, she hasn’t been the same. She cannot move on because of the anger she harbors for him. Because of the horrifying incident, she got into drugs and prostitution. However, she forgives Joshua and finally decides to move on.

Chuck is the best man at Joshua’s wedding and tells the latter that Linda falsified the records. Joshua is infuriated and decides to jilt Linda on the spot in front of everyone. He also informs the Mayor & the Governor about her deceit and visits Candace to admit his love for her.

As the news of Linda’s fraud breaks out, protests start to free women who have been falsely indicted because she tampered with the records. The protestors demand all defendants be set free who have been implicated using tempered evidence. Madea, Candace, and five other women are set free as a result.

Joshua and Candace walk out of jail as a couple and share a kiss in front of the public to end the movie. 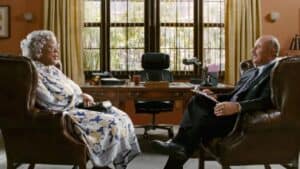 Madea Goes to Jail is an interesting movie with multiple layers that need unpacking. People sometimes do not realize its depth and regard it as third-rate cinema, which it surely isn’t. Here is why you should watch it:

The movie has positivity percolating through it. Take Joshua, for instance. He is up against a deceitful fiancée but still stands up for his values and morals, despite endangering, and ultimately ending, his relationship.

Although Chuck is fearful in the beginning, he ultimately stands on the right side and spills the beans regarding Linda. His revelations change the game and set the stage for Madea and Candace’s victory and Linda’s defeat.

Ellen is another endearing character who is out there to help women get off the roads and start a new life. She has worked hard to become a minister and now using her power for the good of her fellow women.

Anger is a useless burden that we carry, and Madea Goes to Jail portrays this scenario perfectly. It becomes impossible for Candace to move on due to her past and anger at Joshua. However, she cannot express it, and the burden bogs her down for years.

When she receives a push by from Ellen and finally admits it in front of Joshua, she is set free from the shackles and gets ready to start a new life.

Madea Goes to Jail instills a deep sense of spirituality in viewers. The contrast between callous lip service to spirituality by Madea, and a committed spiritual engagement embodied by Ellen makes this movie special.

Tyler Perry has repeatedly mentioned in interviews how people often overlook the spiritual aspect of his movies. Candace and Madea do not care about spirituality and pay no heed to Ellen’s words in the beginning. Candace openly says she has no time for God.

However, as time goes by and the prospect of a long-term jail time stares them in the eyes, they turn to God as their last refuge. They start paying attention to what Ellen says, and we see a significant shift in their outlooks.

Madea even commits to go to Church regularly once she is out of jail. Similarly, Candace also feels inspired by this wave of spirituality and tries to explore forgiveness. The movie also features a fascinating remake of the song, ‘Amazing Grace,’ adding to its spiritual appeal and depth. Some Unknown & Interesting Facts of Madea Goes to Jail 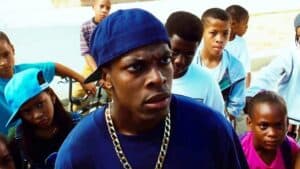 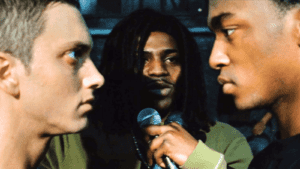